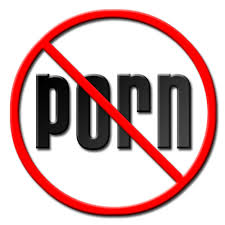 No imagine if some government activity or powerful anti-porn special interest group forced through some sort of legislation (ahem, AHF) that could manage to tear apart this existing structure, either by outlawing the production of pornography or by imposing such rigid constrictions upon it in its southern California nest that the industry fell apart or fled. I mean it, Naomi Wolf, Gail Dines, AHF “activists,” soccer moms, Tea Partiers, Michelle Bachmann… all of you. Really, actually, spend a few minutes thinking about what would happen instead of knee-jerk reacting or spewing some dogmatic bullshit. Think.

And if you can’t stop it from happening but you try, what will happen? If the legal avenues for well-produced, well-paid, safe, consensual sex being performed and filmed and sold in the United States are torn asunder by activists or conservatives, people will continue to make porn. In their bedrooms, in their basements, in anyplace they can go to bone and film it. With more technology than ever before available at our fingertips to document our sexual adventures, amateur pornography — already a huge presence online — will blossom into a massive underground, largely non-legal, behemoth of a pseudo-industry. But not just the amateur couples at home with a camera on their laptop will be involved — with the existing structure and the big boys out of the way, underground, unsafe, exploitative pornography will flourish. Without a place to call home, pornography making will become a free-for-all. Remember what happened during Prohibition, with the gangs, crime, and violence? Think that. Except with the health and well-beng of thousands of nubile young people at stake in a very real way (as opposed to the limited risk of their becoming involved in the well-monitored, well-taxed, and well-lit existing industry).

0 thoughts on “DEAR ANTI-PORN ACTIVISTS — Chew on this.”