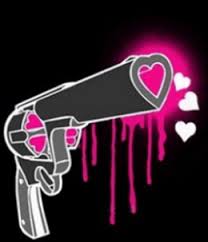 I think I’m getting sick. So I’m going to nap instead of writing much today, and I’ll beg forgiveness, but I’ll also point you in the direction of an interesting article from Tracy Clark-Flory at Salon: Court reaffirms: Sex much worse than violence.
It’s not exactly groundbreaking stuff–this is a dichotomy that’s existed in American culture for a while now–but it’s interesting to keep putting this idea into real-world contexts to show just how much more appropriate we seem to find graphic violence than graphic sex. Genitalia engorged with blood and giving pleasure? Heavens to Betsy, that’s obscene! But blood freed from the skin via swords, guns, and other weapons, flying about willy-nilly on gigantic movie screens for kids to watch? That’s… not… obscene…?
Following news of DSK’s release “on his own recognizance” because the woman who accused him of sexual assault might not be so reliable (because if she’s not reliable, obviously she either wasn’t raped or, if she was, it doesn’t matter) and news that Ohio has made it legal to carry concealed weapons in bars, a picture seems to emerge. Sex = bad. Violence = ok. Sexual violence = meh. Let’s shoot up a pub!
I wonder when that supervolcano in Yellowstone will go off. Some days I think it can’t be soon enough…

0 thoughts on “Head-Desk News of the Day: Violence and Sex and Guns and Reliability”