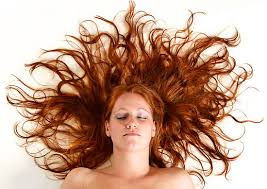 Ok, guys, I have TWO WHOLE NIGHTS at home this week, during which I promise to write two original posts that I hope will be good (but if I promise they will be, that’s just cocky). In the meantime, it’s almost 11:00 pm, I just got home from meetings and an interview with Jessie Lee (absolutely beautiful woman, btw), and I’m pretty bushed. So let’s link-o-rama, shall we?

1) DADT is over! I can’t wait to see equality for LGBTQ soldiers slowly creep into the US military! I’m sure, however, that a quiet and probably vastly under-reported backlash will occur. We rarely hear about the all-too-frequent rapes in ourmilitary because it’s a hush-hush topic–I can’t imagine intolerance in what’s possibly the most testosterone-and-conservatism-fueled culture in Western society will disappear overnight. One need only watch members of the crowd booing an active member of the military on national television at last week’s GOP debate to be reminded that narrow-mindedness still rules some parts of the world. But still, every step toward equality is a good one. Let’s hope the growing pains don’t last too long!

2) Speaking of equality: STOP THE PRESSES! Saudi Arabia’s King Abdullah just gave women the right to vote! Has the world gone… suddenly less mad? One of the most sexist country’s in the world has apparently had enough of state-mandated awfulness… or the King is going for a PR boost. I do think that any step toward more rights for women in Saudi Arabia, where being born with a vagina basically sentences a person to a life of servitude and invisibility, is great, but if a gal can’t drive herself to the polls or even vote in elections that have some real bearing on the government… the move toward fairness might just be a nod at the rest of the world’s general disapproval. Seems to me that if the King is savvy enough to realize the rest of the world thinks his country is backward for treating women like chattel, that’s kind of an admission of guilt… which would seem to imply the need for real change. Perhaps there’s a reason to be more optimistic and less cynical? Or maybe I’m just in a good mood…

3) And, in case you somehow managed to miss this huge story: redheads are being turned away from one of the world’s largest sperm banks because there’s not enough demand for redheaded babies. Frankly, I can’t do much but scratch my head at this. Has anyone seen Christina Hendricks, Julianne Moore, Lindsay Lohan, Nicole Kidman, Misti Dawn, Camille Crimson, Damian Lewis, Rupert Grint (shut up he’s legal now!), or… hell, I’m gonna go ahead and admit I think he’s hot… Conan O’Brien lately?  Or, hello? ME! Redheads are damn sexy, and we’re a dying breed. The latest numbers are somewhere around 2% of the world population! What ever happened to preserving threatened species? …y’all are jerks.