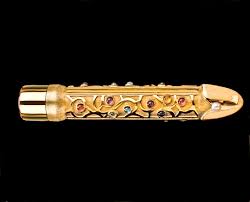 In a noteworthy article on Salon today, Tracy Clark-Flory brings up a very cheering topic: straight men are starting to get less intimidated by sex toys. Granted, Tracy lives in San Francisco, where things tend to be a bit more sexually progressive than elsewhere, but it’s encouraging to hear coming from anywhere in America, really. For far too long, vibrators and other sex toys have been looked at as women’s liberation from the sexual ineptitude of men, and men have often learned to loathe and fear their “competition.” A vibrator by the bed, it’s been often thought, is a sign that a woman doesn’t need a man to get her off, and it’s long been assumed that a woman who doesn’t need a man is too independent, headstrong, or, well, lesbian.