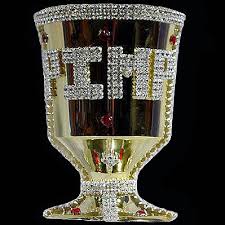 Ok. I’m pretty sure that I will offend some people with this post. But I’m a little confused about how to feel about what I’m about to describe, and I do my best thinking when I’m writing. So please bear with me.

The other day I was walking down the street on the Upper East Side of Manhattan, on my way for a much-needed leisurely stroll through Central Park. I was wearing a short sweater dress with tights and cowboy boots, my leather jacket, and a scarf. I was feeling very attractive, as far as it goes, and listening to my headphones and generally enjoying myself. The Upper East Side is a fairly conservative neighborhood where one most typically encounters rich older people the Caucasian persuasion, lots of joggers, families, and so on.

So when I got very publicly, yet quite tastefully (again, as far as it goes) by an older gentleman who looked for all the world like a very high-class pimp… I wasn’t quite sure what to think. I’m still not. I may be jumping to very premature and highly politically incorrect conclusions about this man’s profession, and it may be tasteless to some to say that his overt check-out was tasteful. But this is how I experienced it:

This gentleman came around the corner as I was walking past. He was older–I’d say mid- to late-fifties, wearing a shiny (not sure of the material, but it was woven, shiny cloth, not like satin or silk) cream-colored silk suit jacket with matching (but not as shiny) slacks, a perfectly matched pale cornflower blue shirt with a cream-colored tie and elegant golden tie pin, understated aviator sunglasses, and a cream-colored fedora with a blue band around it. He was wearing alligator-skin loafers and had a cornflower blue handkerchief in his breast pocket. He was carrying but not using a gold-knobbed cane that matched his outfit. And when I walked by, he stopped in his tracks, lowered his sunglasses just a bit, and watched me walk by. He looked me up and down, but not in a real head-nodding, exaggerated motion. More an appreciative once-over.

Now, this was a Sunday afternoon. It is possible that this gentleman was on his way to or from a very well-dressed and flashy uptown church service. Or on his way to a high-priced benefit gala at the Metropolitan Museum. Or any number of things. But if his outfit and demeanor and not-too-overt-but-still-noticeable look at my body said any one thing louder than all other options, that thing was: high class pimp.

Ok, so yes, I’m making sweeping generalizations based on outmoded stereotypes. But here’s the crux of the matter. Whether he was a pimp or not, we’re assuming he was… should I be flattered in some way? Angry? Should I feel demeaned because he looked at me like a piece of meat in cowboy boots, or kind of flattered that he did it so respectfully?

The inherent question here is: is it ever ok to get stared at on the street? Different women have different answers, and it’s an ongoing topic of debate that I don’t have an answer to. But knowing how to feel is even more problematic when the person doing the staring is possibly someone who makes money on selling women’s bodies, which might be with their consent or might not be, and who is now staring at mine. In about as complimentary a way as it’s possible to stare open-mouthed at a woman on the street. But still. Staring.

Hm. Ideas? Anybody? What do you think about this based-in-reality-but-still-hypothetical-because-we-don’t-know-he-was-really-a-pimp situation?