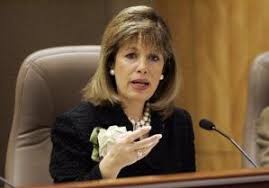 I can’t belIEVE we’re still talking about this, you guys.

I have exciting news to share about a film panel I attended last night, but first, to continue the round-up of ridiculous and frightening and amazing news about sexual issues from around the world… Today’s installment!

1) The White House has called for the immediate rounding up and bringing to justice of the Egyptian attackers of CBS reporter Lara Logan, according to the NY Post. President Obama called Logan at her home and spoke to her during her recovery a few days ago, and now is demanding something be done in retribution. Logan, the Post reports, has suffered serious internal injuries after being brutally attacked in Cairo last week. This is good. The Egypt Mission in New York agreed with the White House’s statement that “those responsible for these acts need to be held accountable.” This is also good!
Meanwhile, however, Nir Rosen, in apologizing for his nasty tweets about Logan earlier this week, apologized by saying “It is never OK for a man to mock the sexual abuse or humiliation of women. If I saw her I would try to find a way to apologize.” This is bad. Because… well… he’s ALMOST there. I mean, he’s sort of right. It’s never ok for a man to mock the sexual abuse or humiliation of… wait for it… wait for it… anyone! Not just women! Anyone! You’re so close to making yourself sound almost decent, Rosen! Keep trying! And remember, men suffer sexual abuse, too, and so do trans people, perhaps more than anyone else. Case in point:

2) When I read this headline: “Thai Airline Recruits Transggender Flight Attendants,” I got so excited, you guys! I was all ready to write this jubilant post about how I know that in Thailand, “ladyboys” are much more accepted than trans people here in the US, but how this was nevertheless a great story and one we should celebrate for the symbolic victory it represents… Until I read the story on Reuters. Turns out Thai airline mogul Peter Chan, who runs PC Airlines, hired a full four ladyboys, versus 19 females and 7 males. The numbers aren’t exactly staggering, and neither is his reasoning for hiring them: Chan has decided to recruit more ladyboys as flight attendants because it’s “aiming at a unique identity to set itself apart from competitors as it sets out for the skies” in April, according to the Reuters article. Not because the company believes in equality or trans rights or anything. And Mr. Chan isn’t exactly treating all genders equally here: “For transsexuals,” he said of the interviewing process, “we can’t just spend 5 or 10 minutes with them, we have to spend the whole day with them to make sure they have feminine characters.” Because god forbid any of them are just themselves. Strike one for discrimination that seems like non-discrimination.

3) But at the same time, someone of a not-typically-victimized gender, race, socio-economic class, and power level, Massachusetts Senator Scott Brown, has stepped forward in a new book saying that he was, in fact, the victim of sexual abuse as a child, both at the hands of older bullies and a camp counselor. It’s so damn important to remember that men–even powerful, wealthy, white men in politics–can be on the receiving end of abuse, but because our culture, like most others, doesn’t condone men admitting to any kind of sexual victimization (they’re the hunters, after all, the aggressors, dammit!), we rarely hear about it. It takes courage to be so open about one’s past when the entire world is looking at you as some kind of indomitable source of power, and Scott Brown. It takes serious cajones to admit that you are indeed vulnerable and traumatized while appearing “normal” to the public. It takes great bravery and years of healing to come forth and admit that as a child, an adult warned you that if you told anyone about the abuse, he’d kill you. It’s terrifying at every level to admit to such things, and doesn’t he know it.
After his appearance on “60 Minutes,” commenters had a field day with his story in true Internet Anonymity Syndrome style. I’d love to say that comments like, “Real men suck it up. They don’t go on national TV to play a victim card,” and “OK Scott, you get your free pity pills” came from some weird backlash at the idea that Brown is trying to steal Lara Logan’s spotlight in the sexual abuse department, because that would at least show some kind of compassion for someone in the hearts of these idiots. But I’m pretty sure these comments are nothing more than ignorant refusals to admit that a man whose whole life has seemed, to the public eye, to put him on top of the world could have at one point been actually hurt and victimized.
It’s ridiculous the pressures we put on men to maintain impermeability to abuse, or silence when their shiny veneer is cracked. Abuse is abuse is abuse is abuse, and men, women, trans people, and everyone else all suffer because of it, and just as much because of the shame we layer upon them for things they have not been responsible for. So bully to you, Scott Brown, for being brave enough to take on the anonymous haters of the world and tell your story–it’s so important that someone takes a stand for victims’ rights, no matter what that person looks like.

4) And last but certainly not least, on the most hopeful note of a scary day during which it’s likely that Congress will vote on a bill to cut funding to Planned Parenthood, the organization without which unwanted pregnancies would soar and back-alley abortions proliferate, here is a video of California Congresswoman Jackie Speier telling the House of Representatives and the world at large not only that she had an abortion (holy women exercising freedom over their reproductive health, Batman!) but that the debate over Planned Parenthood and abortion in this country is a crock of shit that doesn’t deserve the time we’re spending on it. Hear, hear! Well said! Tonight, Rep. Speier, I will raise a glass to you. Cajones, you say? Yes, but more than that: common sense.