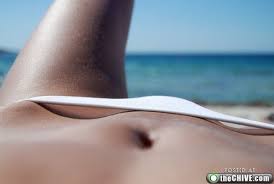 Second, I just learned how to do reverse cowgirl! I’ve never successfully accomplished this before, so I’m very proud. It’s not exactly easy, but it’s not as difficult as I thought it would be, either. I do, however, need to work on my thighs if I want to be able to keep it up for more than a few minutes at a time. New Years Resolution #4. It’s interesting, because I’ve never been much of a fan of reverse cowgirl, at least as far as watching porn goes. It’s an awkward position to get into, for one thing, and there’s always some fumbling that’s not so sexy to watch. But more than that, although I know it’s used to showcase the woman’s body while hiding the man’s (and that in itself annoys me: show me some man-mean!), I think it makes the woman look a little stretched out and angular. With all her limbs splayed and her stomach thrust out, she looks more like a stick bug than a sensual, curvy lady. But despite my reservations, it feels pretty damn good. I will be trying it again.

Thirdly, in another first-ever accomplishment, today I sent in my second of four articles on the female POV in pornography to Madison Young’s TheWomansPOV.com, along with a photo that I took OF MY OWN POV! (No, that’s not it above: I’m WAY pastier than that, and I don’t live somewhere that promotes beach-going in January.) I don’t know if they’ll run it or not, but I felt extremely awesome about pointing a camera down at my own body and clicking the button. For all I’ve written over the years about how making sexy images isn’t shameful or wrong, and how it’s actually empowering and important, this is the first time I’ve taken my own advice and done the deed. I hope it makes the website! I’ll keep y’all posted.