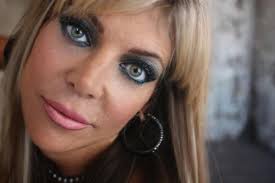 The rest of the crew and I walked away from that thinking it would be a miracle if anyone ever took such an obvious case of hysterical, possibly-schizophrenic, self-aggrandizement seriously. But the miracle has occurred, apparently, all over the world, at various speaking engagements that Lubben has somehow managed to book for herself. Including Cambridge University (where, gods be praised, the forces of reason and pro-pornhood largely prevailed).

…yeah. Anyone else hear cuckoo clock noises in their heads?

Given her long-term, first-name-basis relationship with the Almighty, who in Shelley’s opinion seems to be loving and forgiving, but still not so big on the sex and drugs, her past is full of big-time sins that she’s going to have to either own up to… or spend her life running away from. It’s a shame. Because there’s no shame in admitting you regret things you’ve done; redemption lies just on the other side of forgiving yourself. But to forgive yourself, you have to admit to some degree, however small, of culpability. And it’s easier to keep running from your own judgment by flinging it outward at other people than it is to take a long, honest, loving look inward. And the scariest thing about that last sentence isn’t necessarily that Shelley is flinging her judgment around; it’s that, from what I’ve seen, she can’t look inside herself and love what she sees. She can be self-righteous. She can be angry. She can be the broken result of an industry that chewed her up and spat her out. She can tell crowds of strangers about the degrading things she was put through and the most intimate details of her experiences with Johns. But look inward and feel worthy of her own respect and love? I don’t think she can.

Thankfully, I’m not the only one out there who’s pointing out that Shelley is not only full of shit but also wildly irresponsible with her accusations. She was schooled at her Cambridge debate by the forces of pro-porn rationality, and has been taken to task in blogs across the internet. And now she’s being exposed via an online documentary by Lydia Lee and Michael Whiteacre called “The Devil and Shelley Lubben.” So far only parts one and two have been released, but parts three and four are on their way, and they are doing a very, very good job of presenting a coherent argument against her anti-porn rhetoric, using mostly Shelley’s own words. Check it out and see if you feel as enraged and yet somewhat sad about the situation as I do.

2 thoughts on “The Shelley Lubben Limited”