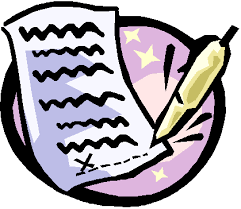 Human sexuality is such a fraught and difficult arena for most of us that our ugliest bits and pieces, our most violent tendencies and irrational prejudices, tend to swirl around it. It’s usually private, in the dark, and unpoliceable. More easily kept quiet. But pornography, as the public side of our collective sexual consciousness, doesn’t get the veil of mystery around it that other parts of our sexuality do. And because so much ugliness often, unfortunately, centers on sexuality, some people find the ugliness they feel or have experienced about sex in what they witness pornography, and not without reason.

But that’s where it gets sticky. Theory and practice can be miles apart, and, as Julian Assange will no doubt attest, issues of consent are multi-tiered. Signing the paperwork up-front and understanding that today you’ll be doing Act X does not mean that you’ll actually be ok with performing Act X when it comes time to do it. Act X might end up being extremely uncomfortable, or your partner, who’s doing Act X to you, might be disagreeable to you in some way. Anyone who’s not in porn can attest that fantasy and reality rarely meet up in the middle, and even for porn performers whose fantasies are regularly fulfilled, the reality of Act X may not be nearly as pleasant as you’d imagined. You may want to stop. If you do, then is consent still present since you signed the paperwork? Is it ok for the director to throw you off the set without pay if Act X isn’t completed? Where does consent land, and how is the consumer to know that it landed there?
There are many answers to this question. Some directors, mostly of the old school, take a stern approach: you said you’d do it, so if you don’t do it, you don’t get paid. You can go home. Others work with performers to make sure everyone is happy throughout and edit out the negotiations. Some keep the negotiations in the final product for the consumer to see, and some do before-and-after interviews to show that everyone is happy, healthy, and having fun. Others just try as hard as possible to make sure the performers are not just consenting, but chomping at the bit to do everything they’re about to do, thus greatly reducing the risk of changed minds and withdrawal of consent.

Arguments can be made for all these models, and have been. I’m trying to figure out which is the best, if any. For instance, the standard model of cutting out any not-sexy moments and dismissing a performer who relinquishes consent disturbs me. Not only does it punish performers for having limits they didn’t foresee, but it also puts out a finished product that misrepresents the actualities of having sex. While many would argue that fantasy is what makes porn worth watching, I’d argue that making porn in a world where everything is pirated and available to young and uninformed consumers at any time comes with a lot of responsibility that many pornographers just don’t want to deal with. And that’s fair: should one censor oneself or change one’s product to cater to people one doesn’t even consider as one’s market? If one considers oneself an artist, then the response to that is no. If one considers oneself a businessperson, the answer is again no. Freedom of expression should give all producers of adult content the ability to make the sex they film look however they want it to look, and sell it to whomever they wish, as long as that “whomever” is of the age of consent.
And yet there’s a problem there: if movies and images of adult sexual behavior portray it in an “everybody’s always having fun and nobody ever gets uncomfortable” way, or an “it’s ok to treat this person this way because look, this person is already doing degrading things and deserves to be degraded” way, then the message taken away from it by uninformed viewers can be frighteningly similar: sex is always fun for everyone, except for the people who are degraded by it, but that’s ok because they should  be degraded.

It’s not that we all need to have the same idea of normal sex. Far from it. Everyone’s sexuality develops independently and beautifully, hence the richly woven tapestry of human preferences. But to assume from an early age that slapping, choking, hair-pulling, unprotected sex, perfect sex… any of these things… is strictly normal is to paint over one’s own idea of what’s ok and limit oneself to a sadly narrow experience. And not just narrow–undereducated.